In today's show Susanne Nielsen has a conversation with Pirna resident Hans Joerg Schurz , whom she met on her first trip to this area of Germany in 2002. Schurz's hobby is the climbing of Saxony's huge sandstone rock formations and after East Germany's opening to the west, he has expanded his climbing to include huge formations in the South Seas. Saxony is famous for its rocks, much narrower than those in the Grand Canyon in the US, but challenging because of it. 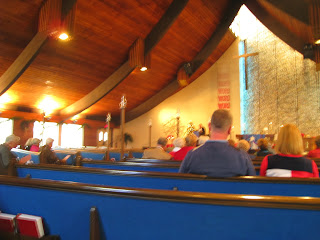 
Please join us for German church services every 4th Sunday of the month at the Grace Lutheran Church at 1812 North Highland Avenue in Clearwater, please call Trudy Mohrman in English or German for details ( 813-884-9139). 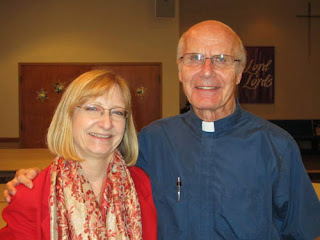 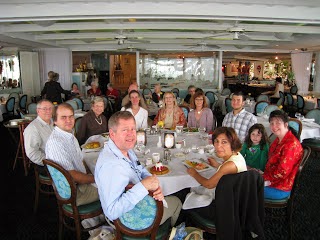 The Cultural Center invites you to its Fall Programs,
Make your reservations now! 813-254-5088

The Cultural Center for German Language invites you to its 2014-15 programs.

The Cultural Center offers monthly programs to its members, organizes events and group excursions to cultural venues such as museums, theaters with exhibitions, opera, music often paired with optional visits to European restaurants all in the spirit of sharing German, and German speaking heritage in a variety of cultural settings.

The Cultural Center offers German tutoring by professional instructors. It is a German cultural and informational resource for those interested in learning and keeping fluent ones German language skills. Please contact Susanne Nielsen at 813-254-5088

Membership to the Cultural Center for German Language is 25.- Individual and 35.- for a family per year.
For information, please call President Susanne Nielsen at 813-254-5088

For an updated program please email us  now! 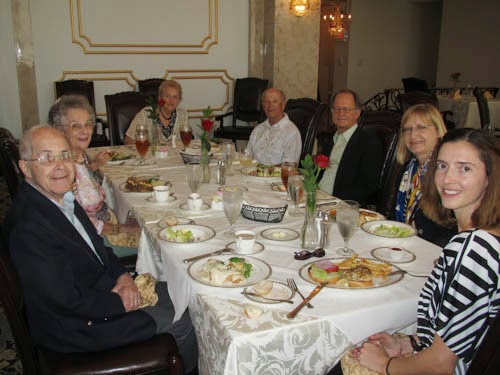 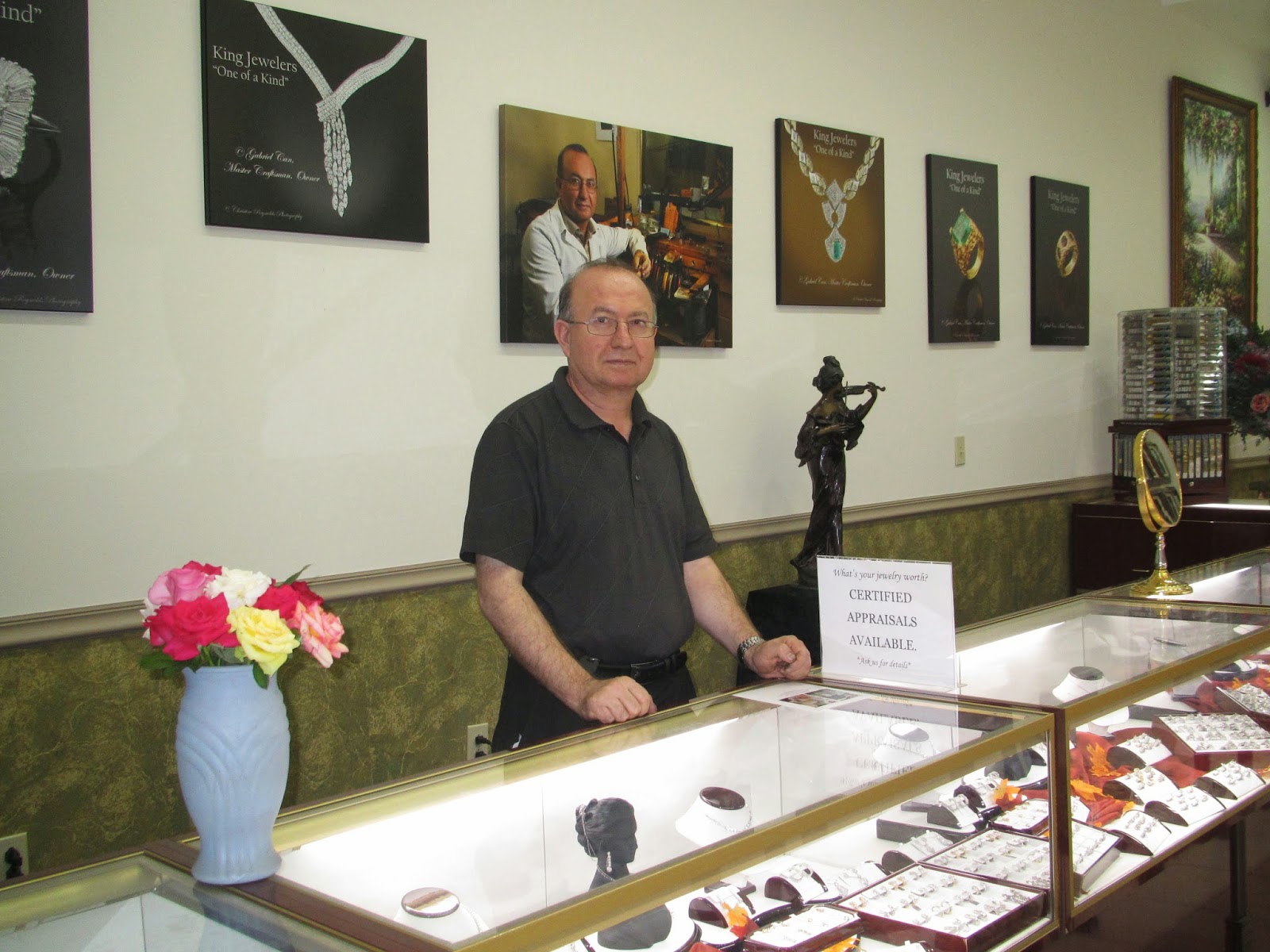 For fabulous one of a kind jewelry creations by a German trained jeweler, please visit King Jewelry Design in the International Plaza next to Nordstrom’s. Call 813-354-5588. 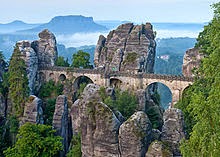 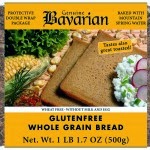 
R and R Export-Import has been importing and distributing German style breads for over 20 years. These breads are highest quality, made from organically grown ingredients and imported directly from the bakers in Germany. They are shelf stable, and need no refrigeration/freezing before opening.
Breads can be purchased online from:  www.BavarianWholeGrainBread.com.
In addition to a line of all-natural whole grain breads, we offer 4 varieties of gluten-free breads.  Purchase from:www.BavarianGlutenFreeBread.com.
Stores should contact us directly for pricing and delivery: info@bavarianglutenfreebread.com. 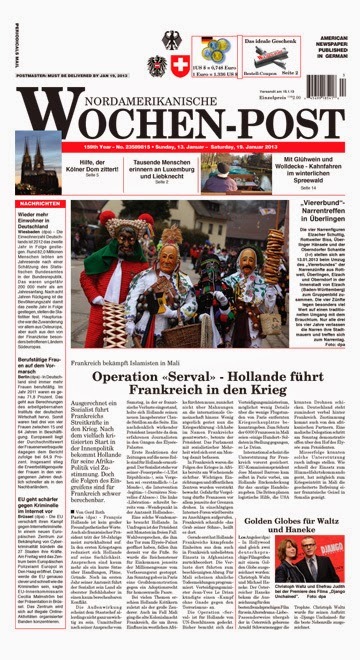 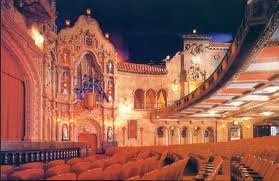 “German - One on One”
Language and intercultural Training Services
“Sprechen Sie Deutsch?” 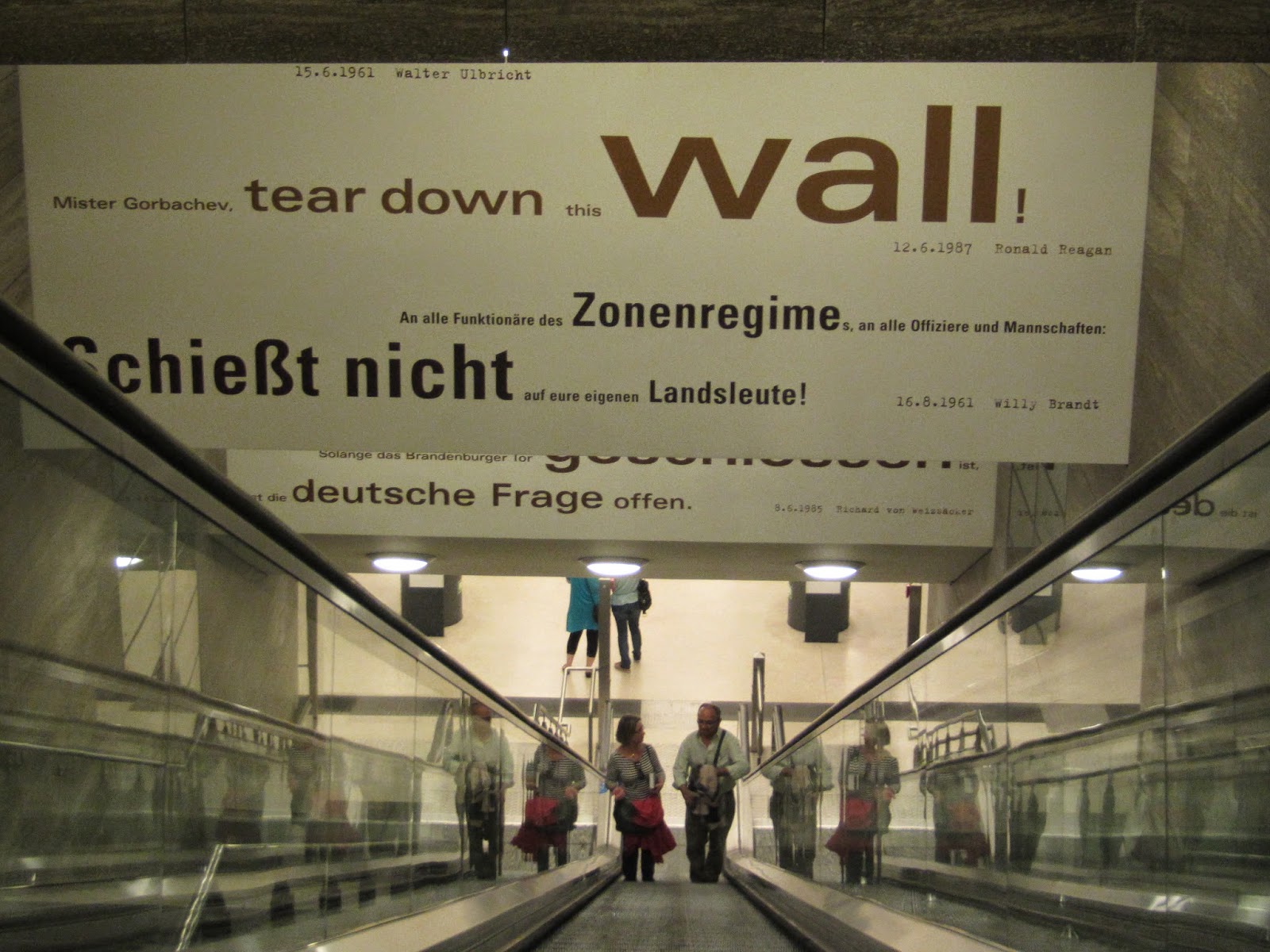 “German - One on One” Language and intercultural Training Services offers a            variety of services ,  worldwide  -  via skype   - one on one!
Would you like to improve your German?

“German One on One” offers  you the following services:

All instruction from your home or office via skype  for individualized training to  improve your language,

your vocabulary, grammar, and pronunciation

for excellence in communication

Bill Davidson
- In 1683, the first German settlers leave for the United States on board the sailing ship Concord.

-  In 1750, we see the passing of Johann Sebastian Bach in Leipzig.


- In 1796, we see the birth of Ignaz Bosendorfer in Vienna, Austria. Bosendorfer was a piano maker. He founded the Bosendorfer Piano Company which still produces some of the world's finest pianos.

-  In 1830 we seethe birth of Johann Bausch.  In  1855 he started an optical company that would become America's leading optical company, Bausch and Lomb.

- In 1896, we the the birth of Eberhard Faber in Stein, Germany. He and his brother built a family pencil business into a global corporation.

- In 1997, Jan Ulrich of Rostock,Germany won the Tour De France.

- And in 2008, U.S. Presidential candidate Barrack Obama visits Berlin. 20,000 come to his address in which he calls for solutions to the great problems of the world. 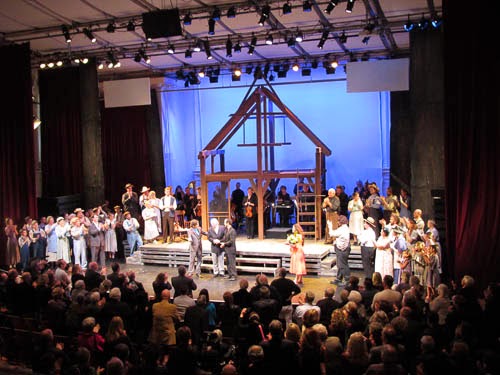 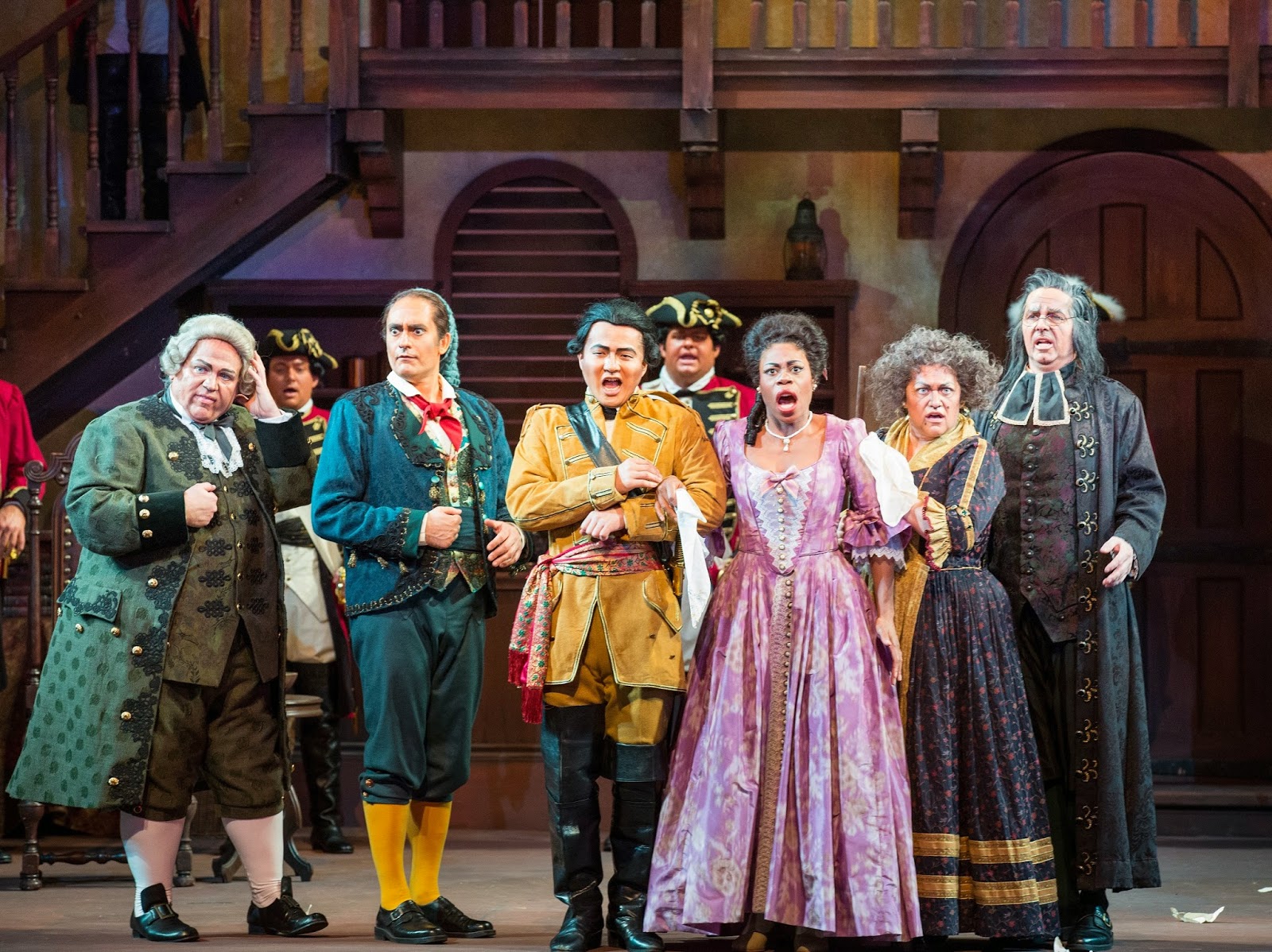 The Fall season opens on October 31, 2014  with a revival of Pagliacci by Ruggero Leoncavallo.  In true theatrical tradition, a clown must go on with the comedy despite his real life humiliation at his wife's infidelity.  In partnership with the Sarasota Orchestra, this opera features the iconic tenor aria "Vesti la giubba."  Pagliacci will run for 6 performances through November 15th.

Tenor Michael Robert Hendrick, who  won critical success for his recent performances as Erik in The Flying Dutchman and Lennie in Of Mice and Men, will return to sing Canio.  He will be joined by the stellar sopranoDanielle Walker as Nedda who dazzled the audience with her performance as Hélène in last season's production of Verdi's rarely seen Jérusalem. Sarasota favorite Marco Nisticò (The Barber of Seville) will return as Tonio. Maestro Victor DeRenzi will conduct and Stephanie Sundine will direct.
A perfect first opera for new operagoers, the less than two-hour Pagliacci will be followed by a new addition to the fall season. Following each performance the audience and artists will be invited to mingle at an after-party in the Opera House courtyard (weather permitting). A cash bar will be available.
The Hobbit by Dean Burry
Sung in English with English supertitles
November 15 at 7:00pm and November 16 at 1:30pm
A Sarasota Youth Opera production

Sarasota Youth Opera, the most comprehensive youth opera program in the United States, will present a remount of its acclaimed production of The Hobbit by Dean Burry on the Sarasota Opera main stage.  Sarasota Youth Opera presented the U.S. premiere of this opera in 2006. The prequel to The Lord of the Rings, the opera recounts how the comfort-loving Bilbo Baggins, unwillingly dragged into a heroic quest, accidentally acquires the golden ring of power.

Opening the Sarasota Opera Winter Festival Season on Saturday, February 7th will be Tosca, Giacomo Puccini's powerful melodramma about a tempestuous diva whose jealousy leads to tragedy.  Two of Sarasota Opera's favorite artists  will return to reprise their respective roles from 2009.  Soprano Kara Shay Thomson (Vanessa, Cavalleria rusticana) returns as the volatile opera singer, and tenor Rafael Dávila (Otello, I Lombard alla prima crociatai) returns as her lover Cavaradossi. The role of Scarpia will be shared by two of opera's leading baritones today. Baritone Mark Walters (Die Fledermaus, Lakmé), described by Opera News as "a force to be reckoned with," will sing  all performances through March 22nd; baritone Todd Thomas, who has sung more than 50 performances with Sarasota Opera including Scarpia in 2009, will sing the final two performances. Maestro Victor DeRenzi will conduct and Martha Collins will direct.

On Valentines Day, Saturday, February 14th, Wolfgang Amadeus Mozart's masterpiece The Marriage of Figaro will return to the Sarasota Opera stage. In her efforts to thwart the lecherous advances of the Count Almaviva, Susanna and her fiancée Figaro join the Countess Almaviva, to outwit the countess’ husband. Making their Sarasota Opera debuts this season, soprano Maeve Höglund will sing the role of Susanna and Uruguayan soprano María Antúnez will sing Countess Almaviva.  Baritone Philip Cutlip (Hansel and Gretel) returns to sing the role of her betrothed Figaro and Sarasota Opera veteran baritone Sean Anderson (Die Fledermaus, Of Mice and Men) will return as Susanna's pursuer Count Almaviva.

Stage Director Allison Grant (The Magic Flute), will return to direct and Maestro Marcello Cormio (The Barber of Seville) will conduct.

Saturday, February 21st, will be the Sarasota premiere of The Golden Cockerel by Nikolai Rimsky-Korsakov. Based on a story by Pushkin, The Golden Cockerel is the tale of the bumbling King Dodon who enlists the help of a magical Golden Cockerel to protect his country from attack. However, when the King is seduced by the alluring Queen Shemakha, both he and his country meet an unhappy end. Once a favorite show piece for coloratura sopranos like Lily Pons and Beverly Sills, this rarely heard masterpiece by the composer of Scheherazade is a fairy tale filled with exotic and beautiful music such as the famous aria "Hymn to the Sun."

In the penultimate year of it's acclaimed Verdi Cycle, Sarasota Opera will present Verdi's epic Don Carlos in the original Paris version which premiered in 1867.  Sarasota Opera previously performed the revised four-act La Scala version in 2009.  Verdi's powerful drama recounts the ill-fated attraction between Don Carlos and Elisabeth, the wife of his father, King Philip of Spain. Set in Renaissance Spain dominated by the inquisition, this powerful drama is one of opera’s great masterpieces.

Soprano Michelle Johnson, whose career trajectory has taken off since winning the 2011 Metropolitan Opera National Council Auditions, will make her Sarasota Opera debut as Élisabeth de Valois. Returning artists include tenor Jonathan Burton (Turandot) who sings the title role of Don Carlos and mezzo-soprano Mary Phillips (Ariadne auf Naxos, The Tales of Hoffmann) who will sing the role of Eboli. Reprising their roles from the 2009 four-act La Scala version of Don Carlos, bass-baritone Kevin Short (The Flying Dutchman, A King for a Day) will sing King Philippe II and baritone Marco Nisticò (The Barber of Seville, Rigoletto) sings the role of Rodrigue. MaestroVictor DeRenzi will conduct and Stephanie Sundine will direct.

ABOUT SARASOTA OPERA
Based in Florida’s beautiful Gulf Coast, Sarasota Opera is approaching its 55th consecutive season.  In 1960, the company began presenting chamber-sized repertoire in the historic 320-seat Asolo Theater on the grounds of Sarasota’s Ringling Museum of Art. Recognizing the need for a theater more conducive to opera, the company purchased the former A.B. Edwards Theater in downtown Sarasota in 1979 and first performing in it in 1984 as the Sarasota Opera House. The theater has just undergone a $20-million renovation and rehabilitation enhancing audience amenities, while updating the technical facilities including increasing the size of the orchestra pit. The theater, which reopened in March 2008, has been called “one of America’s finest venues for opera” by Musical America.

Since 1983 the company has been under the artistic leadership of Victor DeRenzi. Since then the company has garnered international attention with its Masterwork Revivals Series, which presents neglected works of artistic merit, as well as the Verdi Cycle producing the complete works of Giuseppe Verdi. Recognizing the importance of training, Maestro DeRenzi founded the Apprentice Artist and Studio Artist programs. Sarasota Opera also maintains a commitment to education through its Invitation to Opera performances for local schools and the unique Sarasota Youth Opera program.

Sarasota Opera is sponsored in part by the State of Florida, Department of State, Division of Cultural Affairs, the Florida Arts Council, and the National Endowment for the Arts. Programs are supported in part by an award the Tourist Development Tax through the Board of County Commissioners, the Tourist Development Council and the Sarasota County Arts Council. Additional funding is provided by the City of Sarasota and the County of Sarasota. 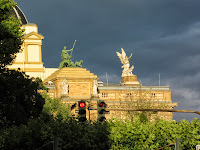 About The Florida Orchestra
Performing nearly 100 concerts annually in the tri-city area of Tampa, Clearwater, and St. Petersburg, The Florida Orchestra is recognized as Tampa Bay's leading performing arts institution, one of the leading professional symphony orchestras in Florida, and one of the most vibrant orchestras in the United States. With live performances including the Tampa Bay Times Masterworks, Raymond James Pops, Coffee Concerts, Duke Energy Morning Masterworks, new Rock Concert series, as well as Youth Concerts and Free Pops in the Park Concerts, The Florida Orchestra offers a vast scope of concerts each year. The mission of The Florida Orchestra is to enrich the life of the Tampa Bay area as it inspires, entertains and educates a wide and diverse audience with the unique experience of live symphonic music, ensuring that future generations will continue to enjoy this legacy that so magnificently celebrates the human spirit.

The ticket prices for reserved seats in the halls for Masterworks are $15, $30 and $45.  The on-stage seating price is $75 for those who would like to be alongside the musicians, enjoy a head-on view of the conductor leading the orchestra and get a musician’s view of the concert hall. 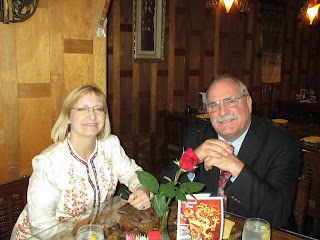 Posted by germanradioshow.com at 1:22 AM No comments: